After a short break for a few month we are still on the way to release our first album on mirau. We are really looking forward to present you the „Soft Wide Waist Band“ from Iron Curtis! It will be a Double Vinyl Pack full of deep warm music. 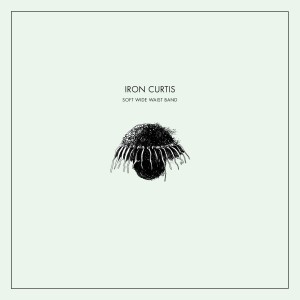 Iron Curtis – Soft Wide Waist Band (Text: Gerd Janson)
As we all know, there is a first time for everything. In this case, it’s even a debut for both: the Tensnake co-run label Mirau and Iron Curtis.
“Soft Wide Waist Band” is Curtis’ entrance into the world of long players and the first of its kind for the Hamburg imprint that fittingly put the producer on the map with his “Solgerhood EP” in 2009. Three years and a string of releases on Retreat, Kolour, Mule Electronic, remixes for Jacob Korn, Ripperton or Mano Le Tough and a move to Berlin later, Johannes Paluka alias Iron Curtis has matured enough as a producer to take on the heavy burden of a “house music” album – if you want to call it like that at all. Of course, the man has earned his four-to-the-floor stripes navigation between deep house and soulful techno leanings, but he has also managed to steer clear of genre silt. Thus the task of creating a coherent, yet amusing album without blinkers is passed with distinction here.
If you want to peg this boy, you have to do it yourself. Nevertheless, no work of art appears out of thin air. “Soft Wide Waist Band” has it roots firmly planted. It streaks all the places and spaces in the past, present and future: the basic knowledge of engineering skills hones in New York, Chicago and Detroit left its traces here as much as a touch of British freewheeling mixed with the flow and indie poetry of a German country boy who has heard of electronic pop music before (guess who sang all those lovely vocal bits on the album?). While tracks like “Inner Glow” romanticise a road trip on a Midwest interstate and “Horses” offers a ride for DJs like James Holden and Dixon alike, you will meet pieces like the “The Sun” that tickle the soul boy and girl in all of us, wonky slow motion masterpieces (“Planetarium”) or the dreamy pop beat of the album’s eponym. Much like a writer who knows and can recite the entire classical works, but also adores the postmodern tricks, treats and rulebook violations.
Whatever his secret is to wander the narrow path between the norm and its deviation,
Iron Curtis seems to be able to do it blindfolded, wearing nothing but a “Soft Wide Waist Band”.